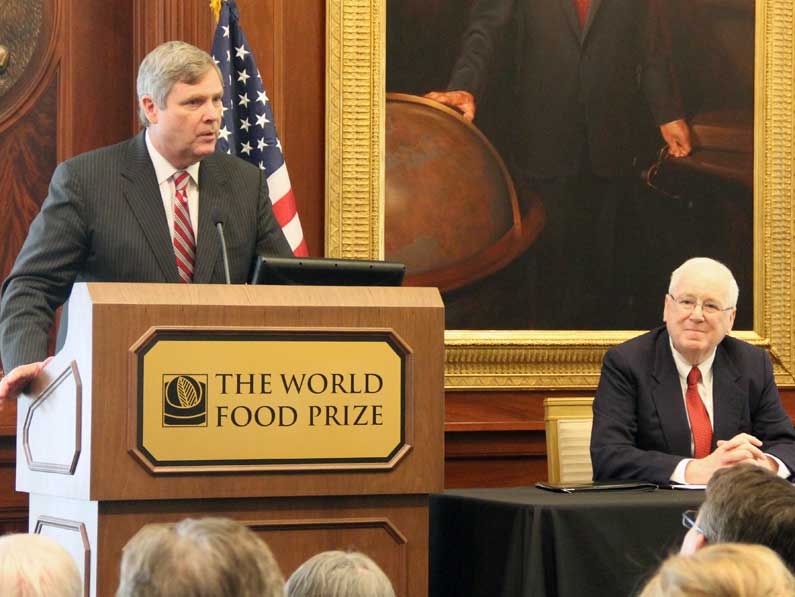 Photo by U.S. Department of Agriculture / CC BY

Situation: The World Food Prize (the Prize) was conceived by Dr. Norman E. Borlaug, recipient of the 1970 Nobel Peace Prize. Since 1986, the Prize (headquartered in Des Moines, Iowa) has become the foremost international award recognizing the accomplishments of individuals who have advanced human development by increasing the quality, quantity or availability of food throughout the world. Laureates have been recognized from Bangladesh, Belgium, Brazil, China, Cuba, Denmark, Ethiopia, Ghana, India, Israel, Mexico, Sierra Leone, Switzerland, the United Kingdom, the United Nations and the United States. The Prize was underway with conversion of the former Des Moines Public Library (a building constructed in 1900 and listed on the National Register of Historic Places) to house the Prize’s headquarters, Hall of Laureates, Global Youth Institute and Convocation Center.

Strategy & tactics: Leaders of the Prize hired Hanser & Associates in 2011 to create a video that would unveil the Prize’s Hall of Laureates to a worldwide audience. We created at 10-minute video documenting the historic building’s restoration/construction, highlighting its energy-efficiency and environmentally-advance design, and included interviews with leaders involved with the funding, design and restoration.

Results: The video was shown at the dedication ceremony on October 12, 2011, and broadcasted simultaneously on Public Broadcasting Service (PBS) and viewed worldwide. Additionally, the restored facility was awarded LEED Platinum certification by the U.S. Green Building Council, the highest possible rating for leadership in energy efficiency and environmental design. Only a handful of buildings in the USA on the National Register of Historic Places were designed in the 19th century and have earned the distinction of LEED Platinum certification, making this a model for historic preservation and re-purposing. Today this historic building in the heart of Des Moines is one of Iowa’s most spectacular venues, offering a magnificent setting for any occasion.

Visit https://www.youtube.com/watch?feature=player_embedded&v=P3NK0qr3h9o to view the video.